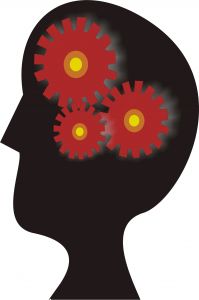 I feel the same way, as several of my peers that I spoke with, in that we do not “get” the Microsoft and Seinfeld Vista advertising campaign. If consumers do not understand the ad campaign, then Microsoft has a real problem. I guess the overarching message was “get connected”, but I am not entirely sure how that tied back to Vista. And after spending millions of dollars, Microsoft realized the message was lost, and pulled the plug on the campaign.

I am not sure how the marketing team allowed the below ad to air as it seems a complete waste of air time. The ad strikes me as a desperate attempt to reach for “anything”, but came up grasping nothing but air, in the face of the very impactful Apple ad campaign.

“If a book about failures doesn’t sell, is it a success?” Perhaps not, but Microsoft hopes that a new $300 million ad campaign about the flailing Windows Vista will somehow turn it into a success with the help of comedian Jerry Seinfeld. The campaign will be one of the largest in Microsoft’s history, and is expected to begin on September 4.

Did the Microsoft ad agency actually forget to talk, much less sing, the praises of Vista?  I have a hard time calling this ad campaign anything other then a mistake and a waste of money. Vista is still on the rocks with consumers, both business and personal, and Microsoft can ill afford additional marketing blunders.

So whats next for Microsoft? A new ad campaign that will focus on people staying in touch, sharing ideas with each other, and a more direct response to Apple’s marketing machine. The idea of “sharing of ideas or information” have been successful campaigns in the past for both IBM and Cisco, and Microsoft hopes to capture the spirit of these past marketing successes.

So far, the first ad I have seen is a great improvement over the Seinfeld ads. Microsoft is taking a stand and looks like they will actually start to compete with Apple for the minds of consumers. This is long overdue as most of the problems with Vista seem to be marketing (user mindset), at this point, and not technical. The below ad is on the defensive, and almost, to the point of justifying “PC’s” right to exist in the market.

For the last few years, Microsoft has not taken an aggressive marketing position. With the market power of Microsoft, they should shift to a more aggressive stance with Apple and not allow Apple to lead the marketing conversation.

In this business, by the time you realize you’re in trouble, it’s too late to save yourself. Unless you’re running scared all the time, you’re gone. –Bill Gates

I think it is time for the Microsoft management, their board, and the marketing department to take Bill’s own words to heart before Microsoft gets trounced again. Windows and Microsoft’s market position is not set in stone and can be lost if not attended to properly.