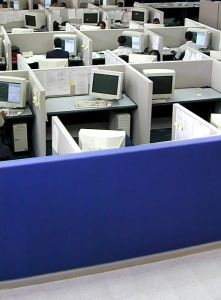 Several years ago, I suffered a plague of my own creation. We had pampered the employee base with such great service, they had taken our exceptional service level as the new base, or minimum, level of support. Employee “requests” became “demands” and my staff was being pushed around. What started out as a grand plan had became a support nightmare.

I wanted to build the best IT support group the world had ever known; one they would write songs about. We implemented many changes with the intention of keeping the staff as functional as possible. We went out of our way, I mean way out of our way, to help people and accommodate their requests. I wanted the employees working, and not thinking about computers, that was IT’s job.

This worked very well for the first six to eight months. Everyone loved the changes and IT was hailed as the greatest thing since sliced bread, but over time, people started to change. The change was slow, which made it hard to detect at the time.

The company employees stopped requesting and started demanding. Our scheduling flexibility was abused and our team was taken for granted. Almost all IT policies were broken beyond belief. When we could not comply to a demand, with an unrealistic time table, the complaints started to roll in with vigor. The employees had forgotten what it is like in most other companies, and taken our exceptional service, as the new minimum standard.

This had to change. I could see the pressure cracks and resentment building in my staff. I invested time and training in my staff, and I did not want to lose my team. They delivered for me, and I had to deliver for them.

Over the next six months, we changed the course of events. We wrote new IT policies that were based on exceptional service but had clearly defined user requirements. We followed them to the letter, and did not comply with employee requests if they did not hold up their end.

Shrill demands by employees were met with calm explanations of reality. And when push came to shove, I would make the requester of a new project get signed authorization from the manager of the project that was to get bumped because of requester’s new project. This took many difficult situations out of IT.

At times, I felt like my office was a revolving door of complaints, but I explained the situation to every single person who came to my door and I felt they understood our situation when they left.

We found the correct balance between exceptional service, employee pampering, and realistic expectations.

Every department must find this balance and it is hard keeping people’s expectations in check with reality, especially if you can exceed them frequently.

2 thoughts on “Can exceptional service come back and haunt you later?”