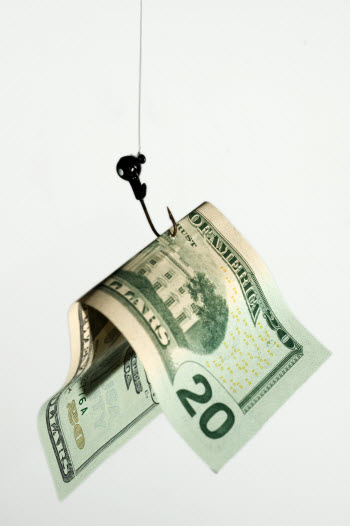 For much of my life success was about accumulating more money and possessions than those around me. In reality, it was not a healthy or even true definition of success for my life. It was a mistake to allow myself to operate under its influence for such a long time. Well over a decade ago, I realized that I needed to stop trying to live up to other people’s definition of success and define it for myself. Now, I define success as being a devoted husband and father at home, and a strong leader who demonstrates the highest level of integrity and strives for wisdom in my career.

While I was growing up, money, power, and personal possessions were quickly becoming the new definition of success in American society. Everywhere I saw wealth and power expanding, and I wanted my piece of the pie. One of my favorite movies was Wall Street, and I so wanted to be Gordon Gekko when he gave the speech to the Teldar Paper shareholders.

The point is, ladies and gentleman, that greed — for lack of a better word — is good. Greed is right. Greed works. Greed clarifies, cuts through, and captures the essence of the evolutionary spirit. Greed, in all of its forms — greed for life, for money, for love, knowledge — has marked the upward surge of mankind. (Weiser and Stone)

I tried to embody Gekko’s convictions for many years to the point where I had his quote taped to the inside of my office door. My desires for wealth were consuming and always seemed to be just out of reach.

Several necessary but unpleasant events occurred to some people around me that lead to a change in my definition of success from wealth and control to one of relationships and integrity. I had known all along that success was about how we live and touch those people around us, but I just refused to accept it for a long time. Simply put, I woke up one day and accepted that life was not just about me anymore.

The first principle of my definition of success describes the relationship I want to have with my family. I cannot imagine any definition of success that does not require the love and support of one’s own family. Often I wonder how many people who traded their family’s love for the corporate suite would do so all over again if they had a choice. I would venture a guess that it would not be many. While I am certainly no angel and a borderline workaholic, I put significant effort towards building strong family relationships. I focus on the happiness and needs of my family and do my best to keep my word to them.

Money and career advancement will always have a role in any definition of success, and I address this aspect through leadership, integrity, and wisdom. Leadership is not about power, glory, or dominion over others. A true leader sets a destination for the team and is a servant to all. Integrity maintains quality relationships, effective communication, and moral authority. After all, it takes a lifetime to build a reputation and only one careless decision to destroy it. Finally, wisdom puts acquired knowledge to use in order to produce tangible results. Taken together these attributes have increased my results and reputation, and enabled me to achieve significant career advancement.

Success is about building strong families and close friends, and about achieving career aspirations through positive personal values. The beauty of my definition of success is that it is never fully achievable. Every time I move closer to achieving success, I move the definition of success higher. When I approach success this way, it creates an upward spiral that builds stronger relationships, leadership skills, and raises my level of focus, integrity, and wisdom.