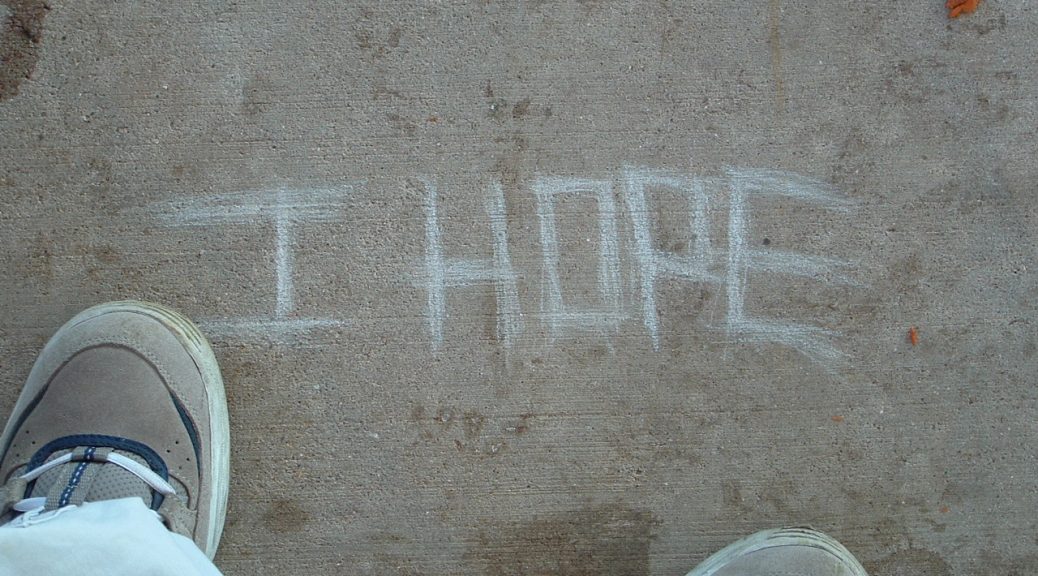 Photo by Len Nguyen from FreeImages

There are plenty of difficult or dreadful situations that are outside of an individual’s control. When hope is all you have, I would never want to take it away.  However, in my experience, most situations when hope is expressed are not of dire circumstances.  These individuals exert some level of influence or control over one or more of the contributing factors.  The idea of hope has become a crutch that allows people to feel better about their situation by soothing their conscience and distancing themselves from taking responsibility.

Hope is an overused term reflecting wishful thinking and beliefs of a better future reality but lacks the necessity of action to create the needed change in circumstances.  Hence the phrase, “cross our fingers and hope.”  It is a rather depressing thought to believe that something, somehow, will be better in the future without a causal action.  A traditional view of hope is the perception that an individual can achieve or reach desired goals (Snyder, Rand, & Sigmon, 2002), and this view is where the core of my issue resides.

It is the lack of action and displacement of responsibility in a situation or outcome that I struggle to internalize.  The source of my potentially misguided view of hope originates from personal experience. I frequently witness people offer expressions of hope but fail to put in motion the needed actions to turn the desire into reality.  The failure of putting hope into action results in a continued illusion that the future will mystically improve by itself.  This is not a reality of human experience.

When reading the authors’ Hope Theory, I appreciate their broad view.  “Hope is defined as the perceived ability to produce pathways to achieve desired goals and to motivate oneself to use those pathways (Rand & Cheavens, 2012).”  The planning and motivation elements of their theory move hope from an emotional desire to an action-oriented belief.  This form of hope I believe in, and it represents the power in believing in a better future combined with the motivation to take action to bring that desire into reality.  Of course, that reality may never be achievable, but taking even small steps permits beliefs a chance to be realized.

As a layperson, I am not taking an academic or clinical perspective.  This is my view based on experiences dealing with people and living in the Southern California bubble.